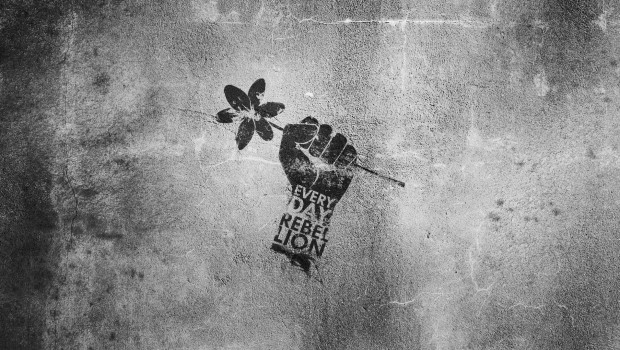 On September 18, Frontline Georgia Club invites you to the screening of 2013 documentary – “Everyday Rebellion”.

Everyday Rebellion is a cross-media documentary about creative forms of nonviolent protest and civil disobedience worldwide.
What does the movement in New York have in common with the Spanish Indignados protests or the Arab Spring? Is there a connection between the struggle of the Iranian democracy movement and the nonviolent uprising in Syria, and what is the link between the Ukrainian topless activists of Femen and an Islamic society like Egypt? And to top it off, what do Serbia and Turkey have to do with all of this?

The reasons for the various people’s uprisings in these countries may be diverse, but the creative nonviolent tactics they use in their struggles are strongly connected. So are the dedicated activists who share these strategies, new ideas and established methods. Everyday Rebellion is a story about the richness of peaceful protest, acted out everyday by passionate people from Spain, Iran, Syria, Ukraine, the USA, the UK and Serbia.

The screening will be followed by a Q&A sessions with the director via skype and discussion.
Moderator of Q&A and discussion: Shota Kincha

Lviv, the illusion of safety.