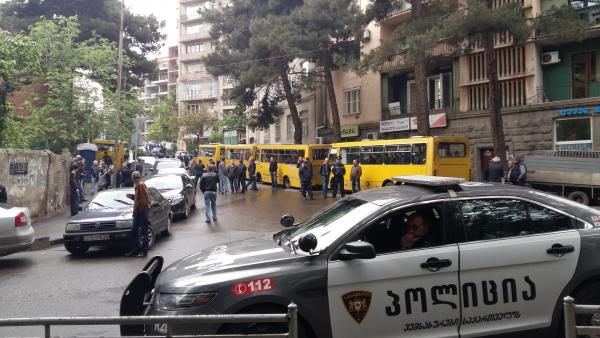 In 2013, the unprecedented level of violence mobilized against LGBT people forced the activists to rethink Georgian context, LGBT activism strategies and abilities. In 2014, none of the activist organizations has planned a formal activity and in 2015 three different protest actions were held, however, they were not announced in advance.

– How protest actions, failed protest actions and silence of May 17 was planned?
– What activist learned from these years?
– What is the social and political context in Georgia, where and against whom we are fighting?
– Where is the edge between homophobia in society and politically motivated, oriented towards mobilization of the masses homophobia?
– What has changed from 2013 to 2015 for us, as activists and how we imagine the future of fighting for gay rights?

The lecture was held in frames of the Frontline Georgia Club’s project “Open Platform”. The project is being implemented with the support of the US Embassy’s Democracy Commission Small Grants Program.