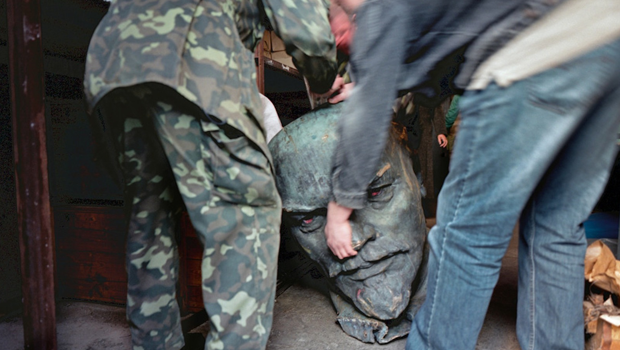 The crisis in Ukraine that began with mass demonstrations and the ousting of a president and intensified with the annexation of Crimea and armed clashes in the east of the country has left a mark on all its people’s lives, whichever side they are on.
This year, Tbilisi-based Polish photographer Justyna Mielnikiewicz made a series of visits to Ukraine to explore the human impact of these military conflict that have left some 3,000 people dead. Using the Dniepr river that runs through the country as a symbolic dividing line between Ukraine’s east and west, she sought to investigate one of the crucial questions lying beneath the current dispute: what does it mean to be Ukrainian?